We met with the Company to discuss the technology upgrades that will be happening in the field with the MDTs in the vehicles. They have requested membership participation from us to help guide them for the actual needs for end user to help understand the difficulties that may be encountered. This may take quite a while, but we have some good people on that committee.

I was appointed by the NJ AFL-CIO to a Workforce Development Group for input on how to get the future workers of tomorrow trained and up to speed to enter the workforce. The committee is being asked to give a recommendation as to what is needed to get some younger folks trained up for those not looking to go to college. The big area of interest is the Energy sector. More to come on that.

The Company let us know that they have secured approximately 150 FTE for the upcoming storm Elsa that is expected to hit us tonight and through the weekend…all be safe and watch out for each other out there. 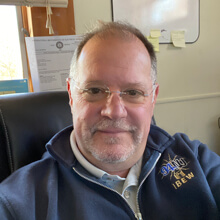 The Tank Pull was a success again. It was held June 13 th in Clifton. Because of the Local’s Veteran’s Committee, we were able to get the entire state contributing to the effort this year. We donated $11,500 to the cause, coming in 1 st place for organizational fundraising again this year. Thank you to the Veteran’s Committee and all who donated. This is a noble cause that’s been successful over the years because of our members giving so generously to the vets.

As in the past, the pulling duties were handled by the guys from Palisades; we had a few guys from MCD and Central helping as well. They were: Hal Cunningham, Mike Marshall, Mark Silvestri, Rich Sellitto, Angelo Mongioi, Nick Rizzi, Gil Barbosa, Bob Morley, Cesar Ramirez, Frank Brock, Dillon Ormiston, Don Gregorowicz, Bob Hoarle, Ryan White, Ron Sebastian, Mike Campbell, Joe Long, Mike Augustitus, and Dave Reliford. I want to especially thank Jeff Krill and Anthony Joyner who over the last ten years have handled everything to do with the Tank Pull. Well done, men.

A couple of months ago, I reported on the Company setting up a Serious Injury Prevention and Review Committee that Eric Port Vliet, Mike Langham, and I were going to be participating in. There’s been several update calls. They are dealing with the administrative process; this for all intents and proposes means little to us. We made it clear we are all in where safety is involved, and in fairness to the Company, they do have to have a process to follow. We also made it clear that it must be “real world” to be effective. I think we understand each other.

This is being formed as a result of a meeting with Southern Company and the approach they are taking to what I would call minor incidents (broken mirrors, tick bites, poison ivy etc…); their process is focused on serious injuries and events that could cause serious injuries. Southern Company has seen success with their program, and I think we can do the same once it gets some traction. We’ve asked that they keep the Safety Councils in the loop if and when the process is ready for the “real world.” It’s still in the beginning stages, so more to come…

We are continuing the slow crawl back to “normal” as far as Covid restrictions are concerned. If you are vaccinated and want to voluntarily let the Company know, the avenues to do that are in place. This would allow you to lighten some restrictions, such as the mask. FMC is one of the first places to get everyone back to pre-pandemic reporting. They were doing a day shift and a night shift, and as of a couple of weeks ago, all are back on the day shift. Things are moving in the right direction. Our Brothers and Sisters have been dealing with this for 16 months and have done a tremendous job. Keep it up.

As always look out for each other and watch each other’s backs. 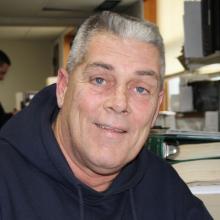 July 10th was National Line Worker Appreciation Day. Thank you all for all your hard work throughout the year.

New Jersey is one of the few states that have elections every year. The whole legislature is up for election this year, both Senate and Assembly, along with the race for Governor. The IBEW has six members running for seats in the Senate and Assembly, both as Republicans and Democrats. We support candidates that support us, and not pollical parties. Make sure you are registered to vote, and on Election Day, vote for the candidates that support working people. If you do not give to COPE, please see your shop steward and fill out the payroll deduction card to start giving. 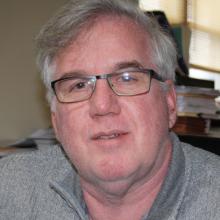 An update from our safe driving team — the company is putting an emphasis on work area protection. There has been an increase of vehicle driving through our W.A.P. and into our work zones. The safe driving team is also looking at a mobile simulator, similar to what NJ Natural has, which could simulate all of our work vehicles including Kabotas and backhoes.

Kabota Update — the company is still conducting the root cause investigation of the incident in Orange Gas where a Kubota was operating too close to an open trench and rolled over. No word on when we can use the Kabotas.

Dump Truck incident in Southern Gas — much like the Kabota update, the Company is still conducting the Root Cause Investigation for the incident that happened in Southern Gas, where a dump truck was backing into the work zone and ran over a contractor working on Gas services. 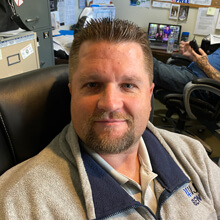 In Asplundh Tree, the grievance we filed for Geovanni  Zayas for non-payment of PTO days owed to him was made whole for any and all losses.

In Davey Tree, we had a member let go for missing time. He was on probation, so there was nothing we could do for him. The good news is, we got him work with another tree company.

In Nelson Tree, we had another probationary member let go for missing time. We’re looking to find him work. June is your bump month so if you want to move to another yard, tell your G.F. 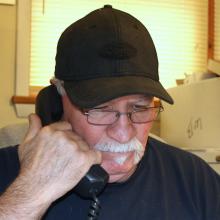 There have been rumors of the potential buyer being announced shortly after the 4 th of July holiday. We are waiting to hear who it may be. We can begin to set up the ensuing talks that will take place with the buyers.

LTS has begun making offers for the jobs posted earlier this year with the pay rates agreed to in the transfer committee we had convened with both Union and management involvement. This has made for a more transparent and fair process. Fossil mobile maintenance will be leaving its satellite reporting area at Stanley Terrace. We have been supporting the utility for many years performing pipe type cable splice inspections. As of July 30th , they will not be taking on any additional work. Not sure how this work will be managed now. We have some questions over how the incentive bonus has been calculated at Linden Cogen, and we are meeting with their Labor Relations Rep to discuss it.

We recently lost Al Miranda, a retiree from SMD, to cancer. He will be missed.

Dinner Dance on November 20th at Tropicana. Come out and have a good time.

The Food Drive runs through August 27th . Please support the cause sponsored by the Young Workers’s Committee, NxtUp94. 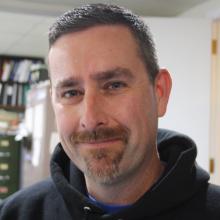 Station Update
↪ Salem – Dry Cask Storage Campaign began in July, currently in progress, working to load and
transport, 5 successful Casks to storage.
↪ Hope Creek – On 7/22 began a Maintenance outage, to repair “H” SRV
↪ Common – Covid mask protocol – Members who have a valid vaccine card on file with the
company can relax their protocols for face coverings. Members who do not have a vaccine card
on file with the company, simply just wear your mask and maintain physical distance as you
have been doing during the pandemic.

A MESSAGE FROM JOE CHECKLEY
Congratulations Terri, enjoy your retirement. As we enter August, it can be easy to get distracted. Stay focused and concentrate on the job at hand. Be on the lookout for one another, and if you’re not sure what to do or what the expected outcome is, STOP! And ask for help. 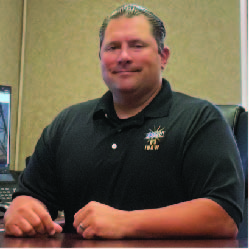